The story of Tom Bombadil is bookended by danger. The hobbits are being chased by the Nazgul and are soon to traverse the haunted Barrow Downs. The story has been moving on at a pace, with heart-pounding excitement as we wonder whether the hobbits will even make it past the edge of the Shire. And then, with peril on every side, what do we find? A pause. A meal. A night’s rest.

Why do this? Why break up the action with a story of a Bed and Breakfast joint run by a man who sings like Kenneth Williams’ Rambling Sid Rumpo?

As I reflected, it dawned upon me that this is so often what God provides for us. Perhaps not the faldi-singing host, but certainly the moment to pause when we’ve felt hardly able to catch a breath.

We ourselves have recently experienced this. In the midst of struggle, loss and change God has provided little safe havens along the way. He gives us a moment to breathe, to recoup, to be refreshed. This ruins the pace of a perilous journey, but that is precisely what it is meant to do.

Whereas that kind of sudden stop would be a disaster for a modern book or film, it is a providential gift for the troubled traveller. You see, at just the right moment, God has brought us to the house of Tom Bombadil.

What the hobbits find in his house is welcome. 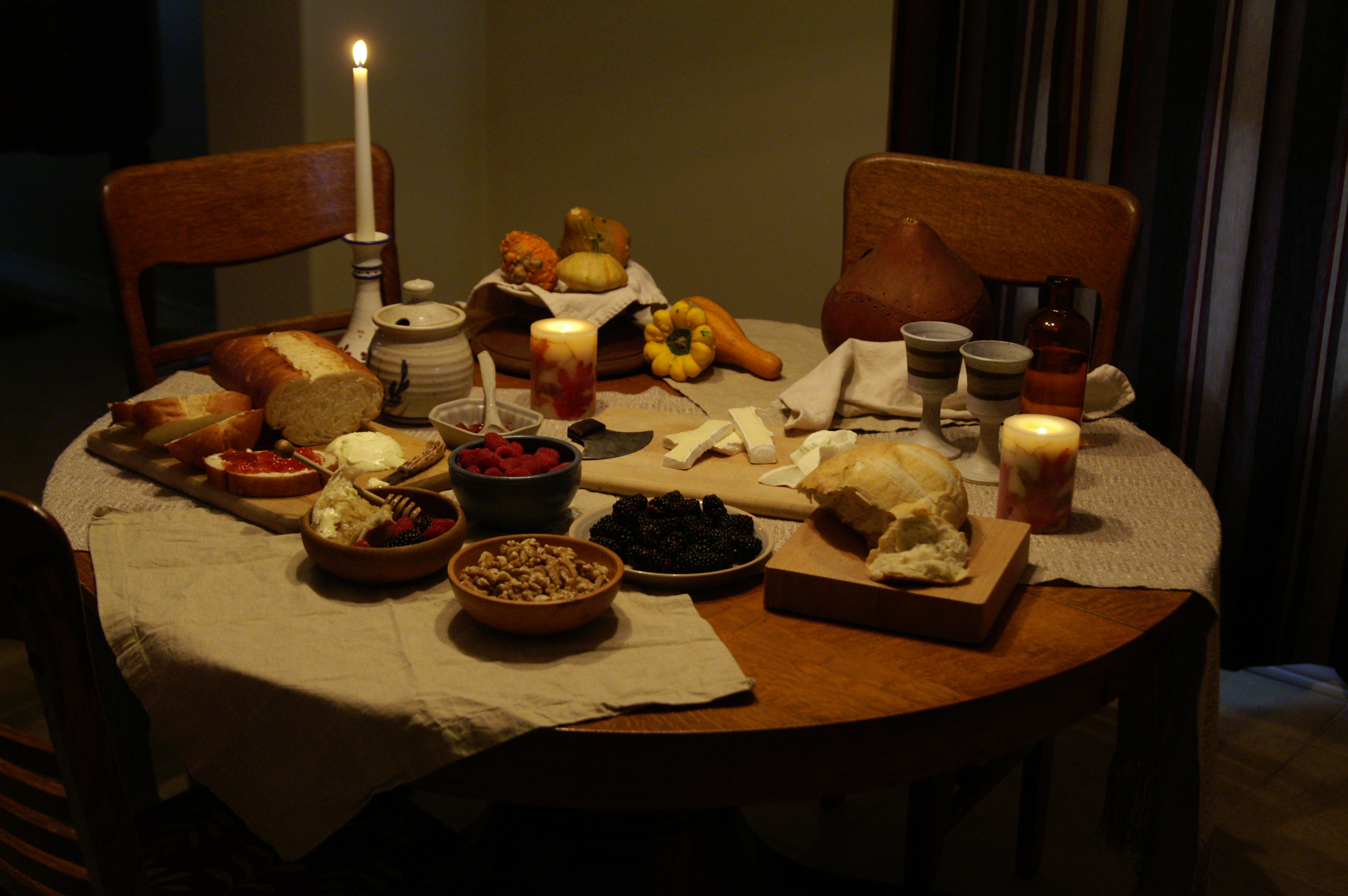 Before long, washed and refreshed, the hobbits were seated at the table, two on each side, while at either end sat Goldberry and the master. It was a long and merry meal. Though the hobbits ate, as only famished hobbits can eat, there was no lack… At last Tom and Goldberry rose and cleared the table swiftly. The guests were commanded to sit quiet, and were set in chairs, each with a footstool for his tired feet. There was a fire in the wide hearth before them, and it was burning with a sweet smell, as if it were built of apple-wood.

There is no pretence to be found in Tom and Goldberry. There are no hired servants removing the dishes when they have finished eating. They are the servants. You can picture the towel wrapped around their waists as they give of themselves to these beleaguered souls.

We ourselves are so thankful for those the Lord has put in our lives who have done just this. Those who have welcomed us in and said with all sincerity ‘make yourselves at home’. This isn’t an indulgence, but a necessary time of refreshment. Nor is it a denial of the dangers without, but, as Goldberry suggests, it is a recognition of the need for a moment of peace to prepare for the fight.

‘Have peace now,’ she said, ‘until morning!’

What also resonates in this episode is the loving hand of providence at work. It is quite clear that there is a higher power providing for the hobbits. So it is in our own story. Those who provide this safe-haven may not plan to or even realise that is what they are doing, but they are provided in the right place, at the right time, with the right heart.

At last Frodo spoke: ’Did you hear me calling. Master, or was it just chance that brought you at that moment?’
Tom stirred like a man shaken out of a pleasant dream. ’Eh, what?’ said he. ‘Did I hear you calling? Nay, I did not hear: I was busy singing. Just chance brought me then, if chance you call it. No plan of mine…’

In the midst of trial it would be tempting to stay in such a place. We inevitably want that moment of rest to last a lifetime because we are made for an eternity of such. Indeed Frodo himself experiences the tug to remain in this home of security and comfort.

But that is not the purpose of the house of Tom Bombadil. In such abodes lies not the end of the quest, but rather the respite needed in order to face the trials ahead. This act of providence doesn’t remove the struggles that we face; we still need to have that conversation, to bear the Ring, to battle with depression, to deal with the abuse, to walk the lonely road of responsibility. However, what it does provide is a glimmer of hope, a taste of the future, a moments rest to steal us for the journey.

For our Father knows us so well. And in his providence he bestows an unexpected blessing: He let’s us spend a night in the house of Tom Bombadil.

No shows booked at the moment.