I’ve been doing a lot of reflecting. Actually, it’s now years of reflecting. This autumn it will be 3 years since we left the Crowded House. In some ways it feels like a lifetime. In others it feels like yesterday. Over those years a lot has happened. Reviews have been commissioned and published – not […]

END_OF_DOCUMENT_TOKEN_TO_BE_REPLACED 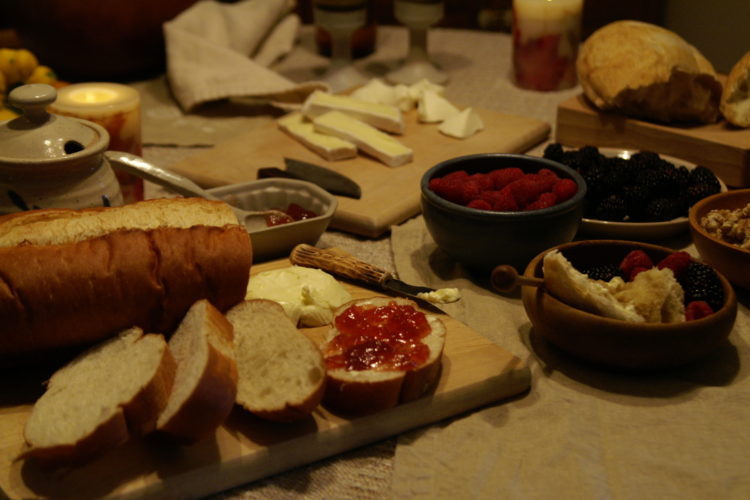 END_OF_DOCUMENT_TOKEN_TO_BE_REPLACED

For the second time in a matter of weeks I was asked the same dreaded question – ‘What are you reading at the moment?’ The first time I was asked was in the context of an interview and the second was by a friend. Both times I inwardly squirmed.

As the question left my interlocutor’s lips, flitting across the cinema screen of my mind were great tomes by masters like Lewis and Macdondald. I could see the pile of theology books I’ve been meaning to read for so long. I thought of my wife who devours thick books in a matter of hours.

I wanted the ground to swallow me up. For what was my answer? Jack Reacher. Yes – the books that led to the Tom Cruise films (though why they cast him to play the 6’5” Reacher I have no idea). Affectionately known by some as airport fiction, or as the French say – romans de gare. The light reading that you can indulge in while sitting on a beach.

You see, I’m not a great reader. I can’t read nearly as fast as my wife and I feel quite embarrassed when surrounded by folk who seem to feast on the classics for breakfast. Don’t get me wrong – I do enjoy reading, I just don’t do a lot of it. I should add that I don’t think my questioners thought less of me for not reading so widely, but I silently groan at my lack of it.

However it has got me thinking. What is it about such pop-fiction that holds this attraction (and embarrassment on my part)? Are they really the literary equivalent of a Happy Meal? Or is there something more to them?

END_OF_DOCUMENT_TOKEN_TO_BE_REPLACED

(contains spoilers!!) I have come to realise that I have something of an aversion to tragedy in stories. I know deep down that these stories are the gourmet meal of art. And yet, when I sit down and choose a film or book to read in an evening, I’m not sure I want to […]

END_OF_DOCUMENT_TOKEN_TO_BE_REPLACED

Last week we took our first trip to the USA, to Nashville and to HutchmootUS. Having enjoyed HutchmootUK so much back in July, it was really exciting to be able to go and enjoy the American version.

As we went around greeting friends and making new ones we kept hearing the same phrase – ‘we’re so glad you’re here’. Person after person. Old friends and new.

Now, we hardly ever say that in England. Not because we’re not glad that people are there, but we’re just not so effusive, especially after one minute of chatting to someone. So it felt odd. Lovely, but odd. It felt odd that someone who hardly knew us could be so glad of our presence. Were they just being kind? Are they really glad? If we chat for much longer are they going to want to retract their statement?

It strikes me that that’s actually how we often think of God. He says he loves us, but does he really? We can sometimes think that God in some way has to love us. It’s the deal he’s set up. Everyone who trusts in Jesus is saved, so he has to take in some dregs alongside the really cool people that he’d much prefer to hang around.

END_OF_DOCUMENT_TOKEN_TO_BE_REPLACED

The Lion King – Is it as good as the original?

With the rare exception (‘Casino Royale’ springs to mind) movie remakes suffer the fate of critical comparison. Characters we loved are ruined forever by another actor. Scenes we memorised are deleted, or worse, reimagined. So, you can imagine the trepidation with which I approached the new version of ‘The Lion King’.

We love the original (1994). And yes, I did cry when I first saw it. But then give me 5 minutes of ‘Little House on the Prairie’ and I’ll be bawling my eyes out.

So, heading to the cinema 25 years later, I had to wonder if the new version would have the same impact? Put simply – would it be as good as the original? However, part way through the film, that question no longer occupied my thoughts, replaced by something as surprising as it was poignant.

The opening to the 2019 version of ‘The Lion King’ is faithful to the majestic beginning of the original (without the slightly wonky giraffe which always slightly disturbed me). The heart-pounding crescendo leading into the ‘thump’ of the title screen makes you want to rise to your feet and applaud. However, this being England, we just sit in appreciative silence.

END_OF_DOCUMENT_TOKEN_TO_BE_REPLACED

I don’t think I’ve ever been so excited about 8 minutes of test footage!!
Before I kick off the official crowdfund, could you help?
Just throwing this out there…
January sale now on!
Forget reviews, celebrity endorsements, media spots... THIS is the best endorsement of the show that I’ve seen!
A little gift for you… The Christmas episode of our TV series is free to watch until Boxing Day!