Where have all the sad hymns gone?

Now all the earth is bright and gladWith the fresh morn;But all my heart is cold, and dark and sad:Sun of the soul, let me behold Thy dawn!Come, Jesus, Lord,O quickly come, according to Thy word. Christian Friedrich Richter (1704), Trans., Catherine Winkworth (1855) I read this quote from a hymn in Spurgeon’s ‘Morning & […]

“He rules by the force of love…”

Christ’s reign in His Church is that of a shepherd-king. He has supremacy, but it is the superiority of a wise and tender shepherd over his needy and loving flock; He commands and receives obedience, but it is the willing obedience of the well-cared-for sheep, rendered joyfully to their beloved Shepherd, whose voice they know […]

Grief creeps up on you…

Over the last few months I’ve heard that many times. Because it’s true. You’ll be swimming along, going about ‘normal’ life and suddenly WHAM! Something reminds you of what you’ve lost. The thing is, in my experience, it’s normally a mixture of happiness and grief all rolled into one sucker punch. It might be that […]

“I have called you by name…”

Ask me about my Dad…

I know how awkward it can feel when someone has lost a loved one. How do you talk to them? Should your conversation only be somber? Should you even talk about ‘normal’ things? Will that just upset them? Or will it upset them to talk about what has just happened and how they’re feeling? I […]

I’ve been doing a lot of reflecting. Actually, it’s now years of reflecting. This autumn it will be 3 years since we left the Crowded House. In some ways it feels like a lifetime. In others it feels like yesterday. Over those years a lot has happened. Reviews have been commissioned and published – not […]

Standing when all you want to do is rest

Over the past year there have been increasing stories of abuse and bullying in the evangelical church in the UK. It’s not confined to the more public cases in the CofE, but is also found in the independent church. The church is often described as a hospital, after all, Jesus came for those who are […]

This is less a blog post, and more a link to a discussion I had on the Faith In Kids (or Faith In Parents) podcast. James Cary and Ed Drew are hosting and we get chatting about how songs can powerfully impact children and help disciple them through the tough times of life. A couple […] 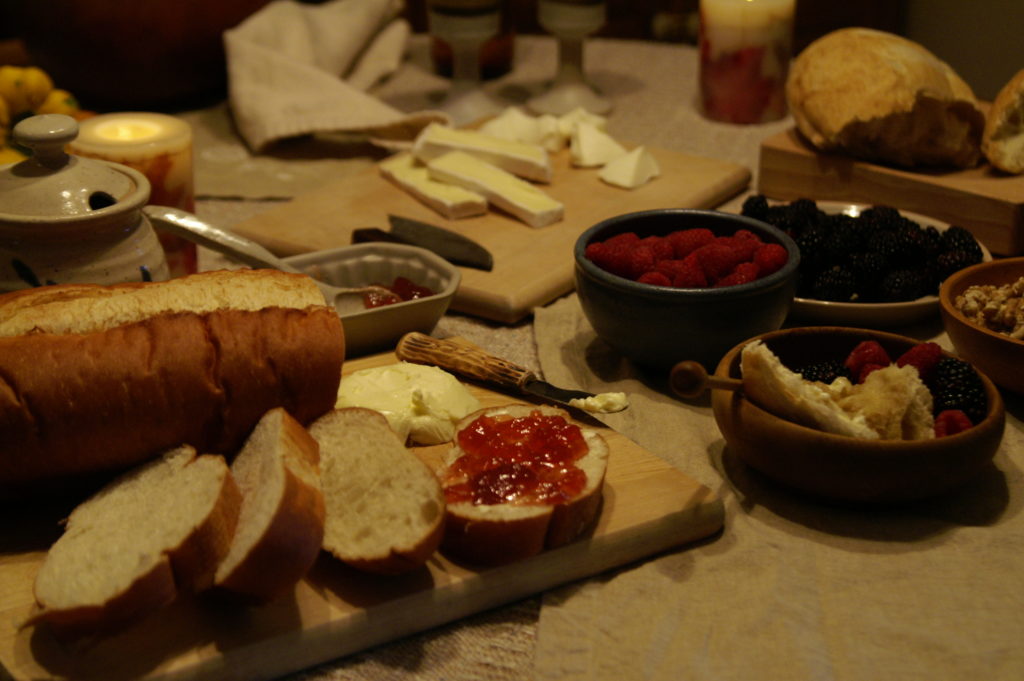 In the midst of struggle, loss and change God has provided little safe havens along the way. He gives us a moment to breathe, to recoup, to be refreshed. This ruins the pace of a perilous journey, but that is precisely what it is meant to do.

…You see, at just the right moment, God has brought us to the house of Tom Bombadil.

For the second time in a matter of weeks I was asked the same dreaded question – ‘What are you reading at the moment?’ The first time I was asked was in the context of an interview and the second was by a friend. Both times I inwardly squirmed. As the question left my interlocutor’s […]

Discipling through song in the nitty gritty of life

Our eldest is 10 years old and worrying… again. She worries about almost everything. But this time she’s worrying about sin. She’s realising that she’s a sinner and wants to uncover every last bit of her sin. She remembers moments from yesterday, last week, even last year when she stuffed up and feels the guilt. […]

(contains spoilers!!) I have come to realise that I have something of an aversion to tragedy in stories. I know deep down that these stories are the gourmet meal of art. And yet, when I sit down and choose a film or book to read in an evening, I’m not sure I want to […]

Last week we took our first trip to the USA, to Nashville and to HutchmootUS. Having enjoyed HutchmootUK so much back in July, it was really exciting to be able to go and enjoy the American version. As we went around greeting friends and making new ones we kept hearing the same phrase – ‘we’re […]

The Lion King – Is it as good as the original?

With the rare exception (‘Casino Royale’ springs to mind) movie remakes suffer the fate of critical comparison. Characters we loved are ruined forever by another actor. Scenes we memorised are deleted, or worse, reimagined. So, you can imagine the trepidation with which I approached the new version of ‘The Lion King’. We love the original […]

"At the end of the day... it is the toe-tapping biblical lyrics that will stick." iorganizedthat.com
Wednesday and Thursday I’ll be in London doing a brand new Christmas show! Check it out on my website Michaeljtinker.com/shows
"You'll be singing great biblical truths about the birth of Jesus from the beginning of November until Christmas Day." achalmersblog.com
"...so rich in biblical truth... great for every age..." (Music Ministry UK)
It’s 1 year since Dad died.
1 min of pure vocal beauty. The isolated choral parts from ‘He’s Here’, arranged by @nickcox and sing by @stephdevlin1 @beccajordanmusic_ @skyepetersonmusic